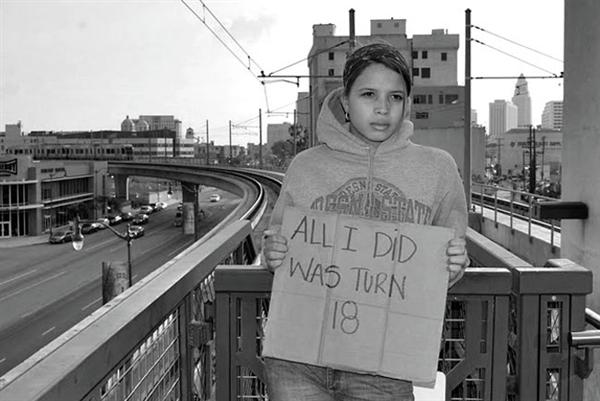 This population is an easy target for identity theft, since so many people have access to their information. They often age out of the foster system only to find enormous debts run up in their names. This limits their ability to get jobs, apartments, or student loans—for those fortunate enough to make it to college. Or they age out without proper IDs and find themselves unable to register for school or get jobs.

Federal and state budget cuts have led to a nationwide shortage of foster families, so virtually all teens are in group homes. In some states and counties where the number of group homes aren’t meeting demand, teens are sent to other parts of the state (and sometimes even out of state).

In virtually all states, children age out of the foster care system at age 18. At age 17 1/2, they meet with a state official to discuss their plans once they turn 18. If they are on target in school—still pursuing their high school diplomas or a GED—they’re given the option of “signing back into care” with the state’s independent living program (ILP). However, many state’s ILP budgets have been severely cut. Plus many kids are so disenchanted with the system by that point that they tend to opt out immediately. The consequences of not having an informed, empathic counselor as a guide while making this decision are often dire: kids often end up homeless, get involved in prostitution, drug addictions, or end up in jail.

Only 3 percent of foster children go on to higher education, and of that percentage, merely 3 percent graduate. During college breaks, students in this group often end up homeless and stranded without food, since dorms and cafeterias close.

Girls in foster care are six times more likely to be teenage moms than their peers. Single motherhood increases a woman’s chance of spending her life in poverty.